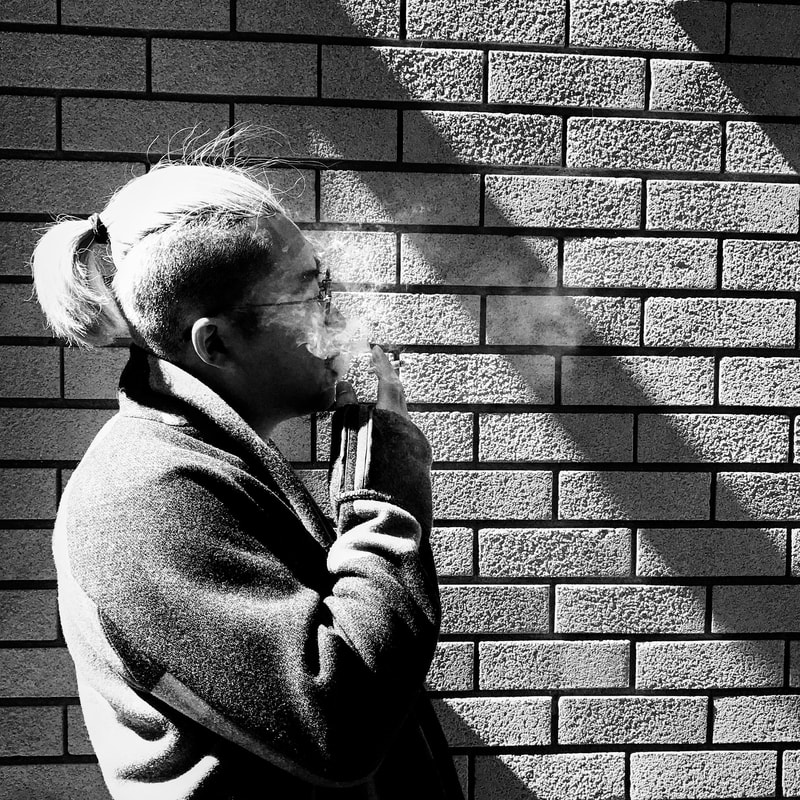 I was born in a city called Neijiang in Sichuan province, China, which is an ancient city. This city was also the birth place of my uncle Yaming Liu, a well-known Chinese oil painting master. He influenced me to become a painter. When I was a kid my father took me to my uncle’s studio , and that was the first time I saw a real painting. My uncle likes to use people in his paintings to express his ideas about society. I was shocked and lost in it. The painting was so realistic I barely could believe my own eyes. The painting was alive and had a soul within it.

I did a lot of traditional painting to develop my skills, but now I am a different path. During last summer, I started to meditate about why I paint, what I paint and how I paint. One afternoon, I was sitting watching the clouds floating in the sky. It really made me calm down and relax. It was so peaceful and quiet, which gave me inner peace. And then, suddenly a gust of wind blew the clouds away and deformed the clouds changing their shapes among the winds. And I realized those clouds weren’t as free and still as I thought. I realized, I was the same as a cloud and my uncle were like the winds. That afternoon, I found the answer, clouds.

I have created many cloud paintings since then. I want to do different things and I like to use clouds to represent my thoughts to the world. Like clouds, people are free too, but we also change our shapes, through the laws of nature and society. There is no absolute freedom existing in the universe, what we actually have is a relative freedom.